Hello everyone,what's universitry and its meaning ?I think it is juat as

Now of the human society has entered the time of knowledge explosion,another term is "ZhiBen age",a man just received primary,secondary education,namely primary,secondary education is not enough,the lack of cultural knowledge and skills in the future is difficult to or inadequate social based on without considerable cultural background,the future do?Do good?Very difficult.The social mainstream,upper class won't agree with you,not respect you.Society is very fair,won't accept,approval a cultural knowledge shallow,personal quality is low person,if you don't change,will always be in a and you almost make a circle round,forever is toiling masses,social ground floor."Knowledge to change destiny",it is the truth.No box.Conversely,ignorance and change your fate,of course,this "fate",but everyone wants to get away from.The university also just to give his future to make a good foundation,the study is forever.

Ladies and Gentlemen, Comrades and Friends,

As the clock counts down the few remaining hours to the Year 2005, through China Radio International, China National Radio and China Central Television, I am very delighted to extend my best wishes to Chinese people of all ethnic groups, people in the Hong Kong Special Administrative Region, Macao Special Administrative Region, and in Taiwan, overseas Chinese and friends of all countries in the world.

In 2004, Chinese people worked hard and made new strides in creating a well-off society in an all round way, and pushing forward the country's socialist modernization drive. This year, guided by the Deng Xiaoping Theory and the important thought of "Three Represents", we set up a human-oriented and sustainable development concept. We have deepened our reform and opening-up, promoted economic development and maintained social stability. The national economy has maintained a good growth; the construction of a political and spiritual civilization has made new achievements; and Chinese people's lives further improved. At the Fourth Plenary Session of the 16th Central Committee of the Communist Party of China, we summarized our experience in governance and mapped out a blue print for further improving our governing capability. At present, the Chinese people of all ethnic groups are working hard to achieve national prosperity and rejuvenation, social harmony and people's well-being

Ladies and Gentlemen, Comrades and Friends!

2005 will be the final year of China tenth five-year development plan. It will also be an important year in building a well-off society in an all round way. We will observe the concept of scientific development, concentrate on economic development, continue to strengthen and improve macro-controls, accelerate economic restructuring, promote reform and opening-up, strive to achieve a rapid and stable development of the economy, push forward the construction of political and spiritual civilization, try to create a harmonious society and push forward the cause of building socialism with Chinese characteristics.

We will adhere to the principle of "One Country, Two Systems" and the "Eight-Point Proposal" to promote the exchange of people from both sides of the Taiwan Straits as well as economic and cultural exchange across the Straits. We will make every effort with our utmost sincerity to achieve a peaceful reunification of the country. We are willing to resume cross-strait dialogue at an earliest possible date on the basis of the "One China" principle. However, we will never allow anybody to separate Taiwan from China. Here I would like to once again call on all Chinese people, including Taiwan compatriots, to unite in their opposition to and contain secessionist forces and "Taiwan independence", in order to realize national reunification as soon as possible.

Ladies and Gentlemen, Comrades and Friends!

The world is undergoing profound changes, but peace and development is still the theme of the era. The trends of world multi-polarization and economic globalization are developing with twists. Science and technology are progressing every day, bringing new opportunities for all countries around the world. However, some unstable and uncertain factors to world peace and development are also on rise, with regional conflict, terrorism, the gap between north and south, environmental degradation, and trade barriers challenging world peace and development.

Maintaining world peace and promoting common development is the shared goal of people in all countries. The Chinese are willing to work with everyone in the world to promote the establishment of a new international political and economic order that is just and rational, promote democratization of international relations, respect diversities in the world, help establish a new security concept and endeavour to realize a balanced and sustainable development of the world economy. Chinese people are deeply sympathetic to people still suffering from warfare, conflicts, hunger and poverty. We sincerely hope they will walk on the road of peace and development as soon as possible; and we are willing to do what we can in providing assistance in this regard. I believe that as long as people around the world and politicians with vision give the future of humanity and common interests top priority while seeking peace and development through cooperation and jointly overcoming difficulties on the road of development, we will be able to create a better future for human kind.

Thank you for your listening.谢谢你们的聆听。

Thank you very much again.再次感谢大家。

Thank you for your attention…谢谢你们…

I'd appreciate you all for careful listening.非常感谢你们的仔细聆听。

This is the end of my speech. thank you very much for being here.我的演讲到此结束。非常感谢你们的到来。

Ihave finished delivering my speech. thank you for your support and your kind attention.我已经结束了我的演讲了。谢谢你的支持和关心。

Iam very glad to be here today to share my thoughts with all of you.我很高兴今天能在这里与大家分享我的想法。 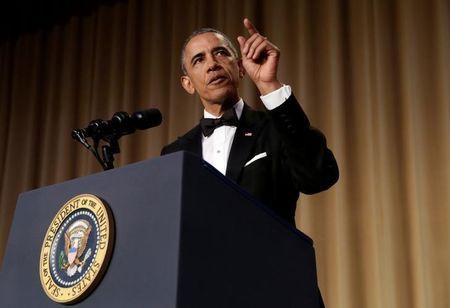 A man from the state of Chu was crossing a river. In the boat, his sword fell into the water. Immediately he made a mark on the boat.

"This is where my sword fell off," he said.

When the boat stopped moving, he went into the water to look for his sword at the place where he had marked the boat.

The boat had moved but the sword had not. Is this not a very foolish way to look for a sword? 战国时，楚国有个人坐船渡江。船到江心，他一不小心。把随身携带的一把宝剑掉落江中。他马上掏出一把小刀，在船舷上刻上一个记号，说：“这是我宝剑落水的地方，所以我要刻上一个记号。”

There are many difference between China and West country such as in the field of geography ,culture, language ,politics ,economy and education with the development of science and technology .The word get even more smaller ,the communication between them is more frequent . Our country, China absorbs the essence and doesn't eliminate the bad thing . Because a proverb ever since said when the fresh air come in ,the flies will also accompany it . At times we may not determine our countries' geography and culture . But the system of politics economy , especially family education can be decided by the individuals . As the main body of the education is parents' child . Though each parent tries their best and strives to teach their children very well, there are still some problems in it . In order to tackle them, I'll give some detailed analysis of the difference of family education between China and American.

However there are also some disadvantages in taking family education. For example, we may lose time needed for sleep, rest, study and recreation. Taking family education may interfere with our study and give us little or no useful experience. As a result, we may find it hard to adjust to what the college expects of him.

As far as I am concerned, I think college students can take family education. But we have to strike a balance between school and the job. As a student, acquiring more knowledge is our first important task. Although family education can enrich our world of good, we should not spend too much time on it.